You are here: Home / Archives for VIA Rail

VIA Rail Canada announced today that Siemens Canada has been selected as the successful bidder in its fleet renewal program for Southwestern Ontario and the Quebec-Windsor Corridor. This is a day that transportation advocacy groups like the Southwestern Ontario Transportation Alliance (SWOTA) and Transport Action Canada have campaigned for, and we welcome this investment in VIA Rail and environmentally responsible transportation.

The 32 new bi-directional train sets – 160 passenger cars and 40 locomotives – will be assembled at Siemens plant in Sacramento, California and based on the Siemens Viaggio design, which has been operated on Austria’s express intercity “RailJet” services in Europe since 2006. This design has also proven itself in North America on Brightline’s express rail services between Miami at West Palm Beach, which will soon be extended to Orlando and Tampa under the Virgin Trains USA brand. Similar equipment is also on order for Amtrak’s Midwestern services and to replace older equipment on California’s inter-city rail services.

The passenger cars will have fast wireless internet, bicycle spaces, quiet zones, and will surpass current universal accessibility standards. They will feature wide aisles, larger washrooms, level boarding at stations with high platforms like Ottawa, Montreal, and Quebec City, and automatic lifts for accessibility at other stations, helping to fulfill VIA Rail’s commitment to Canadian disability and veterans’ groups.

The trains will run at up to 160 km/h on existing routes, including tracks which VIA Rail services share with CN’s freight operations, and are capable of operating at more than 200 km/h if the federal government also approves VIA Rail’s High Frequency Rail proposal to provide dedicated passenger tracks in parts of the corridor.

The new equipment could also be used to improve service frequencies and reduce travel times in our region if Ontario’s new government transforms the previous government’s exploration of High Speed Rail into a targeted investment in maximizing the utility of existing rail corridors across Southwestern Ontario.

The first trains are expected to be delivered for testing in 2022, and to be phased in across the Quebec-Windsor corridor over the following two years.

SWOTA has been calling for investment in modern bi-directional trains since its inception, and has previously highlighted the Austrian example as a model to follow for investment in high performance passenger rail in Canada. The funding for this equipment, to replace trains as much as 70 years old, was announced by the federal government in April 2017, partly fulfilling a Liberal policy commitment to improved passenger transportation between Canadian towns and cities.

Siemens Canada has pledged to source 20% of the parts and services required to deliver the new fleet from Canadian suppliers, establishing procurement offices in Ontario and Quebec.

VIA Rail undertook a fair, open, rigorous and transparent procurement process following the best international practices in this field, but the decision to award the contract to an international bidder has come under fire from unions and Quebec politicians who would prefer to have seen a Canadian supplier win. However, Bombardier Canada has not produced new equipment for VIA Rail since the last LRC passenger cars rolled off the production line in 1984, due to the lack of capital funding for new intercity rail equipment from Canadian governments for more than a generation. This has left VIA Rail with one of the oldest fleets in the world, a significant risk of a fleet availability crisis even if the new fleet order suffers no delays, and unable to take any risks with this procurement. With major US fleet orders already committed to other manufacturers, it is unlikely that a new Canadian design would receive the follow-up and export orders needed to justify its development costs.

Meanwhile, Bombardier has benefited from numerous orders for its highly successful bi-level commuter equipment, both from Canadian and US transit agencies, including an order for up to 999 cars for New Jersey Transit worth as much as $3.6 billion, clearly demonstrating that Canadian workers also enjoy the advantages of bilateral trade in the rail industry.

VIA Rail is also investing in refurbishing its fleet of Budd-built stainless steel passenger cars for transcontinental and regional services, providing updated seating, wheelchair lifts and fully accessible bathrooms. These contracts, and a contract for refurbishing four dinning cars, have all been awarded to Canadian companies, supporting some 300 jobs in Quebec. With the “Renaissance” fleet of British-built cars on the Ocean service to Halifax also in need of replacement, transportation advocates hope to see federal funding to refurbish more of VIA Rail’s stainless steel sleeping cars in the near future, a contract that is also likely to go to a Canadian facility.

After several years of questions from passengers, VIA Rail has now changed its policy to permit pets on trains in Southwestern Ontario and the Windsor-Quebec City Corridor. Pets will now be able to travel with their humans, in both business and economy class, provided they remain in a hard or soft pet carrier and are placed on the floor in front of their human’s seat.

Reservations for pets must be made at least 48 hours in advance by calling 1-888-VIA-RAIL and will cost $50 plus tax per direction of travel.

While there is no explicit limit on the size of the pet, it must be comfortable in its carrier, and the maximum size for the carrier is 55 cm (21.5 in.) long, 40 cm (15.5 in.) wide and 27 cm (10.5 in.) high. Booking the adjacent seat is recommended for pets traveling in larger carriers that will not easily fit between the passenger’s legs, but the pet carrier must remain on the floor and not be placed on the seat.

Before planning a trip with your pet, review the whole of the new policy on VIA Rail’s site, including tips on ensuring a safe and comfortable trip for your pet.

The new policy does not apply to service and support dogs. For VIA Rail’s policy on service animals, please see: Travelling with a Guide Dog, Service Dog or Emotional Support Dog

The opportunity to travel with a pet has been one of the most requested changes at SWOTA’s public meetings, right after more frequent services and better bus connections.  However, because many of the people hoping to travel with their pets are seniors or young people on lower incomes, we hope that VIA Rail will keep the pet fare pricing under review.

VIA Rail’s change of policy follows the introduction of pet fares on most Amtrak routes in the Midwest and northeastern United States, which have been gradually phased in since 2013. Amtrak charges US$25 for a pet weighing up to 20 lbs.

GO Transit is also trialing a new pet policy, following the common practice on most European railways of allowing passengers to travel with leashed dogs as well as other pets in carriers. However, dogs are only allowed on off-peak weekday GO trains between 9:30 am and 3:30 pm or after from 6:30 pm, and on weekends and holidays. This trial will run until October 15. 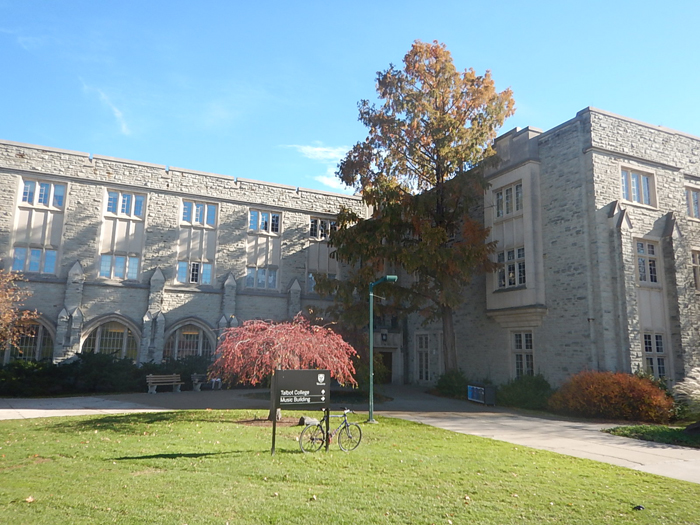 WHAT: One-hour public symposium with presentations and time for Q&A

The Southwestern Ontario Transportation Alliance (SWOTA) and Irene Mathyssen, MP (London–Fanshawe, NDP) are being welcomed by Western University on October 12, 2016 for a symposium on the fight for better passenger rail service.

Western students and faculty travel all the time. They deserve affordable, efficient, and sustainable ways to get to Toronto, to Waterloo, to Windsor and to Ottawa. Why drive congested, dangerous highways and pollute our environment?

SWOTA works with Transport Action Ontario to connect community groups, government stakeholders and businesses, and advocates for better travel options across our region. With climate change on everyone’s mind, and transportation causing a huge percentage of greenhouse gas emissions, smart solutions are needed. And the smartest solution of all is the network we already have: passenger rail.

The event will focus on High-Speed Rail options, the huge expansion of GO Transit in Toronto and VIA Rail’s struggle to survive with inadequate funding. Other topics will include SWOTA’s well-documented solution: Network Southwest and the upcoming reintroduction of the NDP’s proposed VIA Rail Canada Act.

Students value mobility and know that Canada’s public transport system isn’t up to the task of supporting the social and economic opportunities they want. THE POWER OF RAIL Symposium will give students a voice, and enable them to get involved in the discussions that will directly impact their futures. 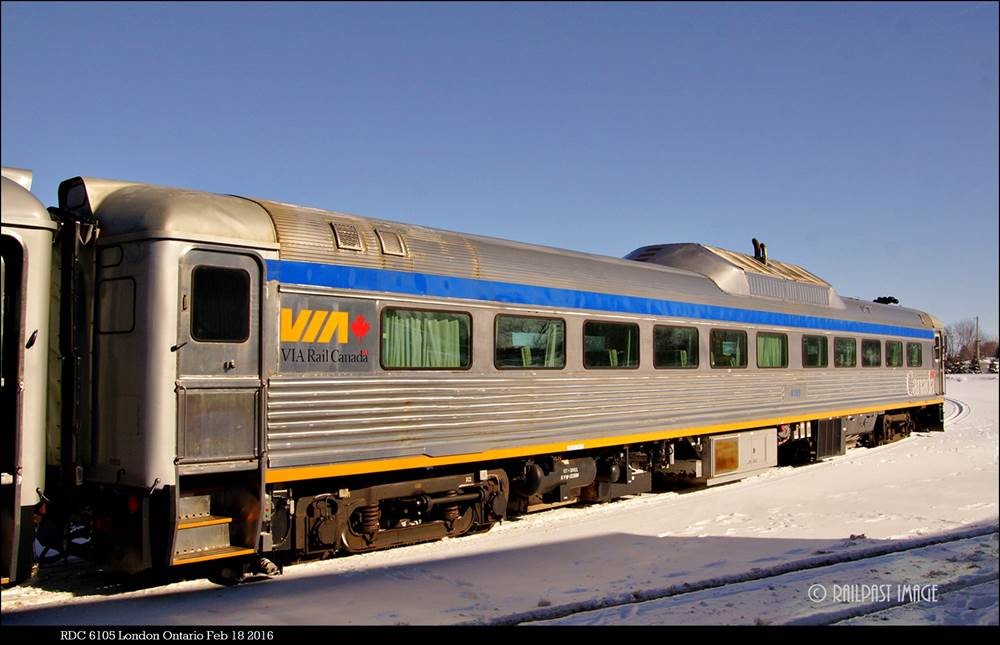 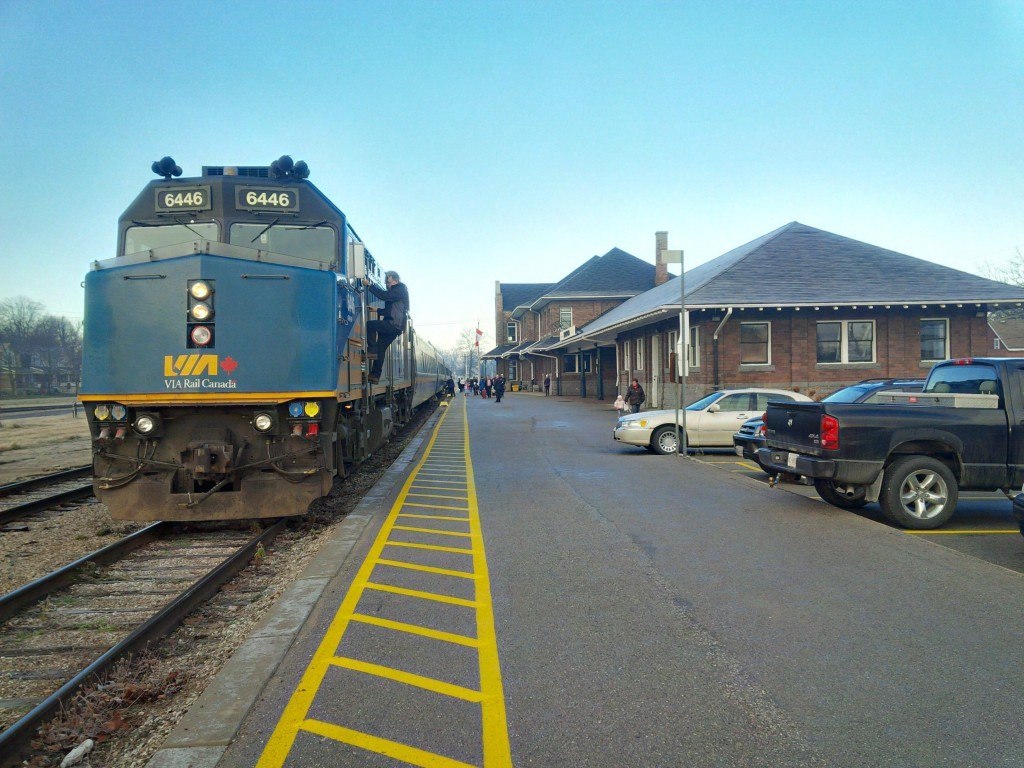 VIA Rail has responded to a common request at SWOTA public meetings across the region by restoring the connection at London between the two early morning trains to Toronto via Brantford and via Kitchener-Waterloo.

Passengers from Windsor and Chatham can once again reach St. Marys, Stratford, Kitchener-Waterloo, and Guelph before 10 am, making same-day round trips possible. This connection had been lost following federal budget cuts in 2012.

Using both station platforms at London to provide convenient connections increases the number of possible city pairs for passengers at minimal cost, and is an important step in implementing VIA Rail’s ‎vision of London as a hub for Southwestern Ontario, a vision shared in our Network Southwest plan for a fully integrated, easy to use, public transport network.

This will be a boost to regional tourism, and a boon for students at the three universities, as well as providing a vital alternative to driving on the 401 and into Kitchener at rush hour for business trips.

The schedule change also preserves the connection ‎for Sarnia passengers to the Windsor-Toronto train that provides an earlier arrival time in Toronto, one of the first moves VIA Rail made to enhance services in response to suggestions from local passenger advocacy groups.

Recent schedule adjustments to improve connections through Toronto also allow passengers from Southwestern Ontario to reach Ottawa and Montreal up to 90 minutes earlier.