You are here: Home / News / The Ghost Train Returns 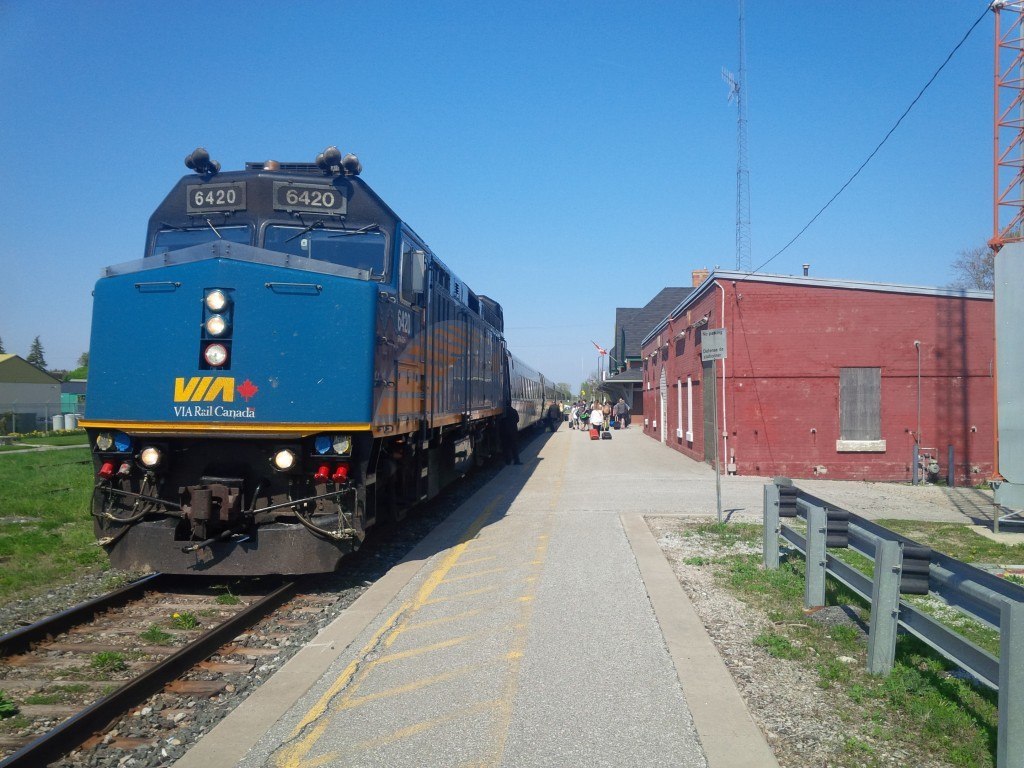 Saturday morning train from Windsor and Chatham to return on Halloween.

VIA Rail Canada is reinstating the early morning train from Windsor and Chatham to Toronto on Saturdays starting on October 31st. The early evening service from Toronto to Windsor on Fridays will also be reinstated, providing extra capacity at this peak travel time.

Both services had been suspended since 2012 as part of a series of austerity measures to cope with a cut to VIA Rail’s operating budget made by the previous federal government, with the train idling in London on Friday nights instead of continuing to Windsor. The restoration of these services was one of the low-cost measures to improve mobility options for local communities proposed in the Network Southwest report.

The restoration of the early morning train on a Saturday once again makes it possible for local families to visit Toronto for the day, without spending hours in highway traffic or staying overnight, to visit the Ontario Science Center, the Royal Ontario Museum, the new aquarium, or to attend major league sporting events.

Train #70 will leave Windsor at 05:30 and Chatham at 06:18, arriving in Toronto just after 10am, and the last train back from Toronto to Windsor leaves just after 7pm.

VIA Rail has also recently refreshed its onboard catering menu to include breakfast wraps and improved dinner options, and has been refurbishing coaches to improve the on-board experience. VIA Rail is also working on three crossing safety improvement projects in the Bothwell area that will reduce speed restrictions on the route, making journeys to London and Toronto faster.

Once fully implemented, the recommendations of the Network Southwest report would reduce journey times by thirty minutes, allowing train #70 to leave Windsor after 6am.

A train ticket to Toronto and back costs around $90 for adults and $50 for children. VIA Rail posts discounts to its website and Facebook page every Tuesday, and has offered deep discounts for families travelling in the summer holidays.